Jester in Black: The Secret Space Program and the UFO Cover-Up 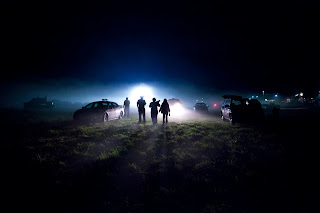 For as long as there has been modern UFOlogy, there has been the contention that the governing body, the military or intelligence communities know what the UFO issue is all about. Secreted away in top-secret bunkers, or within hollowed out mountains are remnants of saucer debris and alien technology - and some would even go so far as to say there's aliens working hand-in-hand with human counterparts.

I should start by saying this isn't a discussion on whether there is or is not a deliberate cover-up of the UFO phenomena by the governing bodies of the world, but a discussion on how the theme of a cover-up effects the critical rationale of the public and researchers as it applies to the phenomenon. This essay is also not an attack on anyone personally, but rather an examination of stances and actions taken by UFOlogical personas and their tandem effects.

To delve into this area of the subject with any depth at all, will lead you through many layers of intrigue and even some paranoid ramblings. The path seems benign and plausible enough as an idea from the start: that the government, in it's bid to hold onto power and maintain societal order has silenced UFO witnesses, covered up sightings and crash events, and has all the hard evidence skirted safely away from the public. Seems a completely rational thought, considering some of the reactions by government agencies - right down to some of the largely blacked out documents obtained by FOIA.

This quickly evolved into secret treaties with aliens by the shadowy government in which the aliens were free to abduct and molest humans in exchange for technology. This gave way to the Dulce myth where the treaty seemed to fall through, with aliens and commandos slugging it out in the underground base. Not so much as a shred of proof on the reality of this sort of thing at all.

A level of absurdity is reached from a plausible idea or notion and into that which is completely irrational.

In recent years, Rich Dolan has suggested a "breakaway civilization" - whereby those in the know have enough secrecy, enough black budget money, enough time and autonomy that they have gained a level of knowledge, technology and awareness of reality that they have broken away and now exist as a super-secret society that have all the cool toys - never sharing them with the rest of the world.

Seems plausible enough, if you subscribe to Dolan's anatomy of the UFO cover-up. There's a foundation of belief here that has to be accepted as real before the breakaway society will fit into your overall view. One big one being that flesh and blood aliens have technology that we somehow, now possess and have understanding of.

Think about that one for just a moment. I am constantly in awe of how pedestrian some proponents in UFOlogy assume the 'alien' to be. We say the word quite commonplace these days - alien has lost it's mystique to a degree. Consider a culture that has developed completely independent of the Earth. Nothing of our knowledge has touched this culture and none of Earth's influence would be present. None of Earth's evolutionary effects, nor biology. Nothing. This is the pretense we have to start from.

A good comparative scenario for the reverse engineering of alien technology, would be giving a child of 3 years an iPhone and telling them to figure out how it works. Then instructing them to make their own. Imagine that with many multitudes of complexity, extrapolated from there.

There is a separation of rational thought here. That's only a single example, and there are many instances of irrational thoughts accepted as some version of fact in the paranormal. On it's own that's not a good thing, but it's made worse when other contentions are offered that build upon these as a base. Pretty soon what was proffered as a scenario or suspicion becomes established fact for many as the story expands into more layers of complexity. For instance, Dolan's piece referenced here makes mention of 'military abductees' as a connection to the breakaway society. 'MILABs' or military abductions were by in large a product of the hypnotic regression craze of the late 80's early 90's. Hypnotic regression is widely dismissed as a memory recovery tool by the psychiatric field, and is well known for creating and hardening false memory.

The article on the breakaway society also mentions MJ-12, a myth of the UFO field who's very existence hinged upon the faked documents of 1984. While it's not mentioned in support of the 'breakaway' idea, it's included in the discussion, presented in a manner that makes it credible - when there's nothing credible about it.

But like the early days of the supposed government cover-up of UFOs, Dolan's breakaway society has birthed it's own level of absurdity: the far flung claims of Andrew Basiago, and Corey Goode, to name only two. Claims of induction at childhood into top secret projects that include teleportation to Mars for extended stays, time travel, and attendance via time travel to pivotal historic events such as the Gettysburg address.

This of course without a shred of evidence to support it. Not even anyone to say for example, "yes, they were gone and we didn't know where they were for a year". Because, time travel.

In a recent post on Facebook, Dolan voices his dismay with these sort of whistle blowers and their inclusion in the 2017 MUFON Symposium, of which he is a speaker as well. While Dolan's piece is in my opinion just an attempt to draw a line of demarcation between himself and the less than credible folks he'll share a stage and probably a panel discussion with - here's what is missing from the discussion:

This is similar to his Roswell Slides post where he seemed compelled to explain why he was going to speak at an event that already involved questionable personalities and highly dubious 'evidence'. Richard claimed he didn't agree to participate until a long discussion with Don Schmitt (who he claimed to know better than the others involved). This seems odd in that Schmitt was publicly exposed years ago regarding the truthfulness of his background and research - and even his former research partner Kevin Randle called him a "pathological liar". This association seems antithetical to everything Dolan represents within the UFO field. 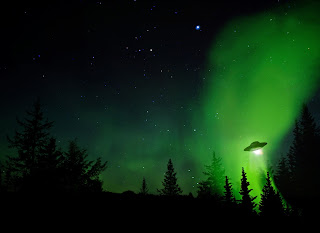 I should point out that I don't believe Richard purposefully concocts the ideas of a Secret Space Program, or the Breakaway Civilization just to put out content. While I think the notions are greatly overstated, I'm sure he sees reason to speak about them.

Within this situation is a repetitive path seen in many aspects of the paranormal: the genesis of any idea, theory, or supposition will be extrapolated to a level of highly strained credibility (absurdity) fairly quickly - no matter how well-reasoned and plausible the original concept was. There is also a 'down the rabbit hole' effect, where rational, otherwise intelligent and well-reasoned researchers will find themselves engaged in irrational research, ideas and paranoia - then often finding themselves in questionable company. This goes down the tandem path of what we've discussed before - in that some seemingly intelligent researchers fall apart and descend into all matter of madness upon entering certain aspects of the paranormal.

There is another aspect of this situation that deserves mention. The idea that Richard Dolan mentions in his 'On Corey, Andrew and the Whistleblowers' piece, that he doesn't want a war with anyone in the field. That's certainly admirable, but I think this goes much deeper than an avoidance of conflict. This seems to be hedging a bet, much as was done with the Roswell Slides - on not coming down too hard on the outlandish personalities so that if they become the flavor of the year, or how the 'field' ultimately turns (it's a possibility no matter how repugnant we may find that) - he is not on the outs. In my opinion this is a tactic to remain neutral to the discussion and still be asked to speak and attend events. That Dolan will not take a definitive stand in opposition to presenters with serious credibility issues is a testament to the clique mentality that exists in the convention and organization circuit. Bring the real world into the Dungeons & Dragons of UFOlogy and you will quickly find yourself cut out of speaking engagements.

James Clarkson, former Washington State Director for MUFON (who rightly quit in disgust) has spoken in this Radio Misterioso interview to this effect as well: that calling out poor research and organizational practices often garners you the ire of people in power within UFO circles. Then, you're wrongly accused and berated for attacking someone - when personality has nothing to do with the matter, it's about the actions and research

In addition, in his '...Whistleblowers' piece, Dolan warns: "Everything is based on trust. Believing such stories without genuine evidence takes us down a dangerous road within an already treacherous field that is constantly in the crosshairs of a skeptical establishment."
He also says that "If something is falsifiable, it doesn’t mean it’s false. It means you have the ability to test it, to investigate it, to determine whether it is true or false."
When Dolan has related whatever information he has gleaned from an 'insider' he cannot name - he is asking you to take the same dangerous road -  to believe based on nothing but trust. There is no way to qualify any of his alleged 'inside' sources, or their words.

The UFO cover-up is one of the most fascinating angles of the UFO problem. On one hand, the public seems to believe those researchers who portray a conspiracy that is formidably complex, huge in scale and depth, and protected by personnel who will stop at nothing to keep the secret.

And yet many of those same researchers talk of leaked information from trusted 'inside' sources, government documents obtained through FOIA, and clandestine arranged meetings with former  top-secret scientists, military, and intelligence.

When the scenario is looked at rationally, there are some rather glaring points to be made: 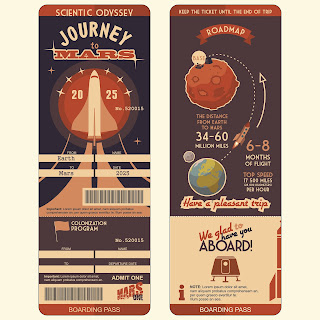 There are plenty more contradictions, but in the interest of brevity (it's too late), I'll leave that for future discussion.

Where we end up is intriguing as we have 2 separate items: the very strange and complex UFO phenomenon, and the widely held belief of a conspiracy to cover their existence. Both have a provocative commonality: evidence for either is steeped in ambiguity.

And that lays us in the valley of the Trickster: the margin between real and fake. Between truth and lie. Between information and disinformation. But what is truly fascinating is that the effects of irrationality, ambiguity, charisma, and the trajectory from plausible to absurd - not only applies to the UFO phenomenon itself, but even bleeds into topics that involve it more indirectly.

The MUFON Symposium has now come and gone. I began writing this essay before the event, and finished it today, July 28th, 2017. There is still an air of contention over the event, and I expect that kind of feeling to grow. Richard Dolan has apparently taken a video series gig with GAIA entitled 'False Flags'. GAIA are the same folks who brought you...the Nazca alien mummy fiasco.

One thing, if nothing else is certain at this point: the UFO field succeeds regularly in ensuring that the phenomenon retains it's position of marginality. 🔻
Posted by Jeff Ritzmann at 1:02 PM